Living Happily Ever After

A huge part of growing up is letting go of old beliefs, assumptions and expectations that are not only outmoded in adulthood but work against us as we attempt to live conscious lives. The seeds of these programs that work against us are usually planted when we are quite young.

As children, how many times did we read or have read to us fairy tales or stories by the likes of Hans Christian Andersen or the Brothers Grimm. As children we are so susceptible to the fanciful ideals and stories we are exposed to that often we confuse them with how things are in real life.

Can a wolf really blow down a house made of straw, as was the case with “The Three Little Pigs”? Can there really be a giant living at the top of a huge bean-stalk waiting for Jack to climb? Can a fairy godmother really turn a pumpkin and a few mice into a magnificent horse-drawn carriage at the touch of a magic wand?

Most importantly, and this phrase is frequently the last line of each fable, do they really “live happily ever after” whatever adventure or episode they have survived or completed? 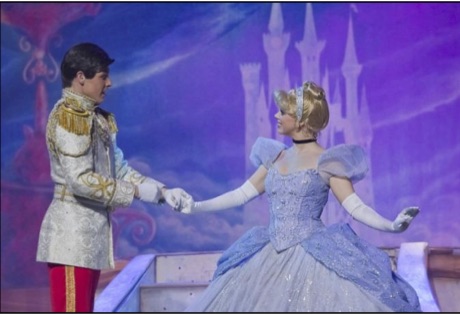 Growing into adulthood, we often carry these fabled stories in our subconscious so that, to one degree or another, telling ourselves “I’ll live happily ever after, after I _____” [Fill in the blank]: after I get married; after I finish school; after I make enough money; after I have the new car; after I get the next promotion. “Happily ever after” still lives in many of us as an implied promise that remains unkept.

Some of us start to realize earlier in life than others that this implied promise is merely a fairy tale. For some of us the myth lies deep in our subconscious as an expectation that is never satisfied, an assumption that goes unexamined, a core belief that remains unchallenged. Embedded in early childhood, these expectations, assumptions and core beliefs can be shaping the daily responses of the fully grown adult to his or her life and circumstances.

In our quest to know ourselves and become more conscious, especially as leaders, it is useful to examine whether we are still being influenced by the many systemic influences we have been subjected to, particularly in early childhood. The idea that everything will be fine after the next big “after” can be a particularly heavy burden to carry through life.

A significant part of living a conscious, mature life and being conscious leaders is letting go of myths that may have soothed our psyches as children but no longer serve us or the world.