Making Change Happen: Are You Really Open or Just Fooling Yourself? 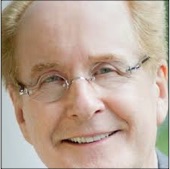 The other day I was having a Skype video call with a long-time friend and colleague, senior consultant Peter Roche, co-founder of The London Perret Roche Group. I first met Peter in Budapest when we were both in town for a business symposium organized by internationally recognized social systems theorist Ervin Laszlo back in the mid-1990s. Subsequently, Laszlo asked each of us to serve on the board of his Club of Budapest Foundation which we did for a few years and got to be good friends in the process. British-born, Peter served as a corporate CEO before becoming a consultant focused on large scale transformations and moving to the U.S.

During our call, Peter was sharing one of the questions he often asks his executive clients, especially those who say they want transformational change: “Are you open to being persuaded?” He shared how frequently his CEO clients waffle on the answer, avoiding a simple “yes” or “no” response, and hedging with responses like “well, that depends.” For Peter, this question and the response it generates tells him a lot about the receptivity of his client to allowing real change – what I refer to as conscious leadership – to occur.

When those in positions of power seek help in realizing new possibilities or resolving problems in their organizations, many of them are convinced that the place they need to look is “out there”, both to solve the problems and to generate new possibilities for the future.  Those who really want change need to confront their learned blamelessness for any dysfunction. When they say they want things to change, they often really mean they want others in their organization to change, not themselves.

Peter’s question strikes at the core of a leader’s responsibility for his/her organization; when he asks, “Are you open to be persuaded?” he is asking whether or not his client is willing to change his/her mind, willing to think and behave differently than they have been while problems developed or new opportunities were missed.

This reluctance to see one’s own role in the persistence of systemic dysfunction is not reserved for CEOs or the leaders in a system. It is a human bias; we all want stability and comfort, which is why maintaining the status quo is so compelling for most of us. This “maintain” tendency is due, in part, to the fact that the social systems we have created are more complex than our thinking has evolved. Paradoxically, in the face of change – even change we say we want – we are biased to maintain the status quo. Somewhat like Frankenstein and his creature, we have created more complexity in our world than we are equipped (or have been trained) to manage effectively.

One step in catching up so our thinking and actions are better-matched to the complexity we have created and continue to create is to see ourselves as part of the systems – even authors of the system – and, therefore, responsible for the dysfunctions. To achieve this mindset shift we need to be open to the possibility that we are complicit – that our way of thinking and the resulting behavior might, just might, be contributing to the systemic problems we complain about so much.

Not seeing, or worse refusing to see, that we might be part of the problem could be one of the primary reasons most change programs don’t work. The person who is the leader of a change initiative – whether they be corporate CEO, division head, family patriarch, church pastor or board chair – needs to recognize they might be part of the problem – perhaps even the first and most important one to address. If they are fooling themselves that all systemic issues are external to them (or hoping to fool everyone else), then the time and money trying to bring about the desired change is being wasted. Perhaps this is a factor in such large proportions of change initiatives being so ineffective and wasting tens of billions of dollars a year in the U.S. alone.

This is why Peter’s question is so critical for anyone serious about making systemic changes happen; if the person in control isn’t open to being persuaded then there is little likelihood that much can be achieved.