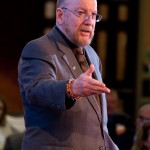 John Renesch has spent more than half a century as a businessman/entrepreneur, having started and managed a variety of enterprises in the fields of real estate, investment securities, advertising and entertainment. Since the early 1980s, he has been working in the field of social and organizational transformation, having published 14 books and hundreds of articles. As a mentor, futurist, writer and advisor, he has been writing and speaking about Conscious Leadership for nearly thirty years. He co-founded the International Spirit at Work Award in 2002, is a member of the practitioner faculty for the Center for Leadership Studies, editorial board member of the The Journal of Values-Based Leadership, past member and project advisor of the World Future Society and Inaugural Board Chair of the Shaping Tomorrow’s Foresight Network. 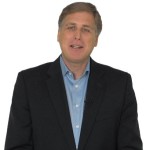 Tom Eddington has spent the last three decades as a businessman, entrepreneur, educator and strategic advisor. He is a student and teacher of Board, leadership and organization effectiveness – focusing on how they grow, achieve and sustain effectiveness while remaining stewards for their stakeholders. He has lived, worked and studied on six continents , working with leaders across all industry sectors and organization stages of development. As a student, mentor, coach and advisor, he has focused on the area of consciousness and conscious leadership over the past two decades.

Tom is a pragmatic optimist and driven by intellectual curiosity, he has sought out opportunities to teach and work in the private, public, academic and non-profit sectors working with industry leaders and most-admired organizations like W.L. Gore, Taproot Foundation. He holds B.A. degrees in Business and Psychology and an M.S. degree in Organization Dynamics from the University of Pennsylvania.

He has worked with Board members and senior executives at hundreds of organizations. In addition, he has been an adjunct professor in the City University (London) M.B.A. program. Tom has founded/co-founded four organizations including FutureShapers, My Broker Donates and Eddington Advisory Services.

He has worked with Board members and senior executives at hundreds of organizations. In addition, he has been an adjunct professor in the City University (London) M.B.A. program. Tom has founded/co-founded four organizations.