Antidote to the Crises of Character 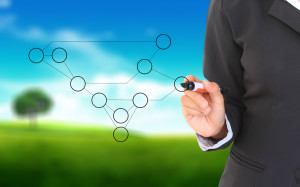 Individual and collective commitment to a cause has been at the backbone of all major social transformation – from the founding of the U.S.A. to getting a man on the moon, from changing the public attitude about drinking and driving to the ending of apartheid in South Africa.

Much of our history as human beings was the result of true commitment. However, true commitment is one of the scarcest human qualities today. People say “yes” or make agreements every day that they hold as tentative in their minds, subject to whim and convenience. As a result, we live in a world of empty promises which leads to social cynicism which, in turn, leads to lowered expectations. What people say is often quite different from what people do. As an old saying goes, “We judge ourselves by our intentions while judging others by their actions.” If we judge ourselves with the same criteria – our actions not our words – then we may start to see how culpable we may be in this weakening of our social fabric.

It is so easy to give lip service to doing the right thing, stating the moral high ground, saying what people want to hear, but an entirely different moral toughness is required to keep our word – to do what we say we are going to do. After years of these tentative “commitments” the rest of us have gotten used to people reneging on their promises and not keeping their word. The worst if it? It has become “socially acceptable.”

The dictionary calls a commitment “an agreement or pledge” to do something in the future. A pledge is defined as “a binding promise” or “guaranty.” These hardly sound like casual, half-hearted promises. When one guarantees something they stand to lose something of value. When they make a promise they have given their word. Implied in giving one’s word is a certain sacredness, similar to a sacred oath. This is what FutureShapers asks of Roundtable members: to hold their Roundtable commitment and aspirations as a covenant, a sacred pledge to oneself and the other members.

Abraham Lincoln is reported to have said, “Commitment is what transforms a promise into reality. It is the words that speak boldly of your intentions. And the actions which speak louder than the words. It is making the time when there is none. Coming through time after time after time, year after year after year. Commitment is the stuff character is made of; the power to change the face of things. It is the daily triumph of integrity over skepticism.”

Does Lincoln’s quote sound like an idle “indications of interest” subject to the big “if” – if something better doesn’t some along; if I still feel like it when the time comes; if it feels comfortable; if events align so as to make it easy; or if it isn’t too inconvenient? These are all tentative, conditional, and provisional – nowhere near “the power to change the face of things” as Lincoln suggested.

Lincoln’s idea is that one’s character is made up by how one lives up to one’s commitments. As an antidote to this withering of our social fabric, FutureShapers offers this model for encouraging true commitment from its members.

FutureShapers has set a standard for commitment that instills character, consciousness and meaning into one’s life and one’s work. Members in FutureShapers Roundtables are encouraged to aspire to unconventional levels of awareness in what they say, how they say it and what they mean by what they say. They become aware of distinctions such as the difference between an opinion and knowing, a belief and a fact, a promise and an indication of interest, a desire and a preference, to name  a few. Here are aspirations to which FutureShapers Roundtable Members are asked to commit:

Until one can truly commit oneself to something larger than oneself, one is destined to a life of mediocrity. Explorer William H. Murray said it most succinctly in his 1951 book, The Scottish Himalaya Expedition. He writes, “Until one is committed, there is hesitancy, the chance to draw back, always ineffectiveness.”