Over the past several weeks I have referenced that our attention is our scarcest resource in several postings (see May blog and July Mini-Keynote). Soon after I heard that the average technology user (isn’t that just about all of us in the Western world?) spends 50 minutes a day on Facebook. Fifty minutes a day! That’s like a lunch break or, for my consultant friends, one billable hour each day. And that’s an average! 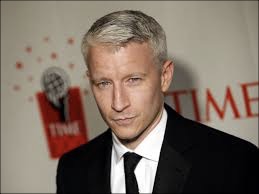 Then, on a Sunday evening last month, CBS TV’s Anderson Cooper opened his “60 Minutes” segment with this:

Have you ever wondered if all those people you see staring intently at their smartphones — nearly everywhere, and at all times — are addicted to them? According to a former Google product manager you are about to hear from, Silicon Valley is engineering your phone, apps and social media to get you hooked. As we first reported in April, he is one of the few tech insiders to publicly acknowledge that the companies responsible for programming your phones are working hard to get you and your family to feel the need to check in constantly. Some programmers call it “brain hacking” and the tech world would probably prefer you didn’t hear about it. But Tristan Harris openly questions the long-term consequences of it all and we think it’s worth putting down your phone to listen.

The term “brain hacking” implies external intent seeking to hook you, whereas my previous references (mentioned above) were looking at the subject of our attention as something to be self-managed, from the inside. Nonetheless I think it is worth looking at how we can be manipulated by others as well as mindlessly distracting ourselves. 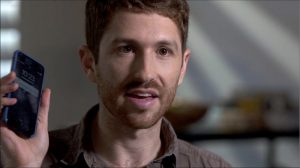 Cooper’s guest Tristan Harris  states: “…..every time I check my phone, I’m playing the slot machine to see, ‘What did I get?’ This is one way to hijack people’s minds and create a habit, to form a habit. What you do is you make  it so when someone pulls a lever, sometimes they get a reward, an exciting reward. And it turns out that this design technique can be embedded inside of all these products.”

Cooper explains, “The rewards Harris is talking about are a big part of what makes smartphones so appealing. The chance of getting ‘likes’ on Facebook and Instagram. Cute emoji’s in text messages. And new followers on Twitter.”

Harris continues, “Inadvertently, whether they [programmers] want to or not, they are shaping the thoughts and feelings and actions of people. They are programming people.”

Harris then made a point that, for the programming people, the narrative is always neutral, which is not true.

Harris responds, “It’s not neutral. They want you to use it in particular ways and for long periods of time. Because that’s how they make their money.”

He is quick to add, “And it’s not because anyone is evil or has bad intentions. It’s because the game is getting attention at all costs.” He adds that it is “a race to the bottom of the stem cell” – to the most primitive emotions we have… “It absolutely wants one thing…your attention.”

Brain hacking is another take on abusing the scarcest asset or personal resource that we have and how we either do it ourselves or allow ourselves to be seduced by others. Awareness of our attention and where we apply it is at the core of conscious leadership – the very center of our awareness and how we invest our most precious personal resource.

Last year in my newsletter – John Renesch’s Mini Keynote – I featured Harris’ TED Talk on how technology distracts us, a significant attack on our attention. The “60 Minutes” piece, however, is harder-hitting and seems to have gathered more attention as people are starting to realize the similarities to chemical addiction that lie in our technology “fixes” that we talk about so much. And the Facebook revelation* seems to reinforce that collective realization.

Cooper concludes the segment by pointing out that, “We [‘60 Minutes’] reached out to the biggest tech firms but none would speak on the record and some didn’t even return our phone call.” Here is the link to the webpage for the “60 Minutes” segment.

*”Facebook Has 50 Minutes of Your Time Each Day. It Wants More,” New York Times