How Real is the Enlightenment Movement?

I recently published an article nicknamed “metrics for skeptics.” It was about improved performance for executives who learned mindfulness meditation. Corporations are reluctant to approve executive development programs that can’t be shown to improve the bottom line, can’t demonstrate their value to the organizations’ ability to generate additional revenue and profit. I cited some research done by a Google affiliate, Search Inside Yourself Leadership Institute, which teaches meditation to executives. Here is a link to that article.

Days later I came across a Psychology Today blog by Steve Taylor, a senior lecturer at Leeds Beckett University in the UK. Taylor mentioned a series of polls by two organizations that demonstrated that the enlightenment movement is alive and well, with high growth in the numbers of people acknowledging transformations of various types over the past several decades. One poll was done by Gallup in the U.S. and the other was by the Spiritual Experience Research Centre in the UK.

In 1962, the Gallup organization found just 22% of Americans reported that they had “ever had a religious or mystical experience.” By 1994, this number jumped to 33% and by 2009, the number had risen to 49% – a 50% increase over the previous 15 years and more than double the response 47 years before. 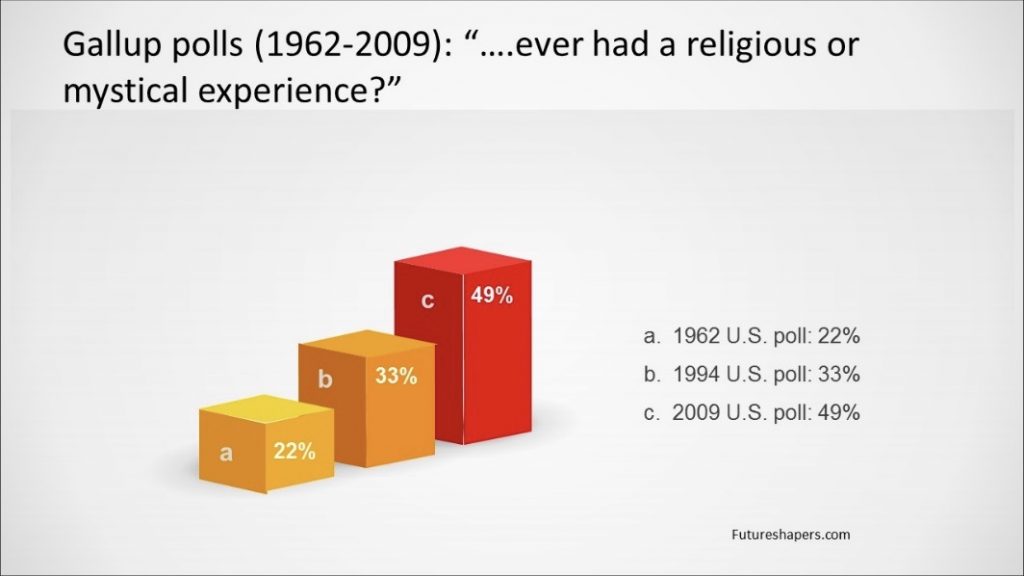 In the U.K., according to Taylor, the Spiritual Experience Research Centre surveys have had similar findings. In a 1969 survey, the question “Have you ever experienced a presence or power, whether you call it God or not, which is different from your everyday self?” was answered affirmatively by 29% of people. In 1978, the figure rose to 36%, and then again to 48% in 1987. In 2000, there was a further steep rise to 75% — nearly a tripling in 31 years! 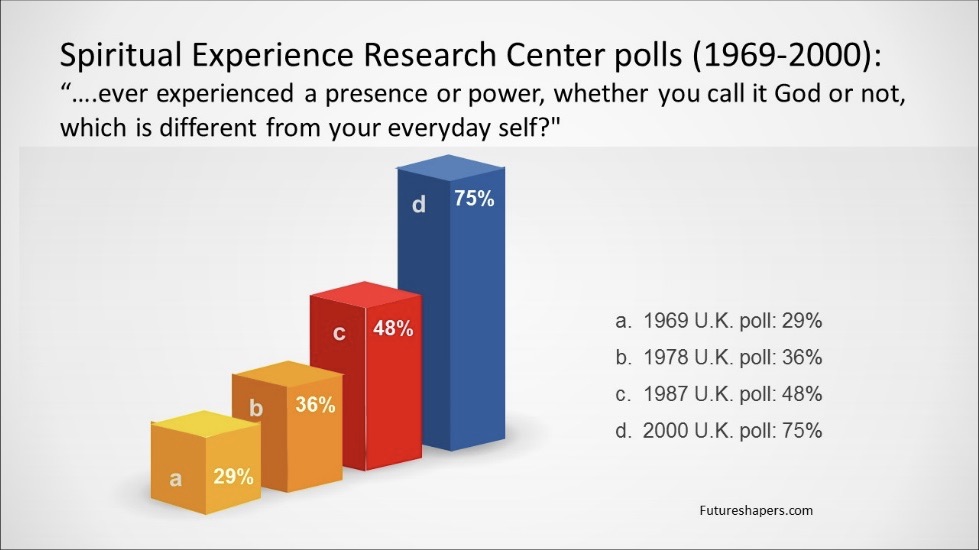 In conclusion, these numbers are evidence that greater numbers of people are having these experiences – what many would call enlightenment experiences – something that many of us who work in the movement know intuitively. For the skeptics, these metrics offer something even more measurable.