The other evening I watched CBS’s “60 Minutes” and learned of the 12-year-old musical progeny Joey Alexander. I soon found myself in tears, completely engaged in this “Little Jazz Man’s” amazing mastery of the keyboard, jazz and music itself.

I was reminded about how moved I can feel, how much awe and deep appreciation I can experience, whenever I am in the presence of someone demonstrating true mastery. And it doesn’t seem to matter what the subject is; I have had similar experiences watching tradesmen work, orators speak, or athletes perform. 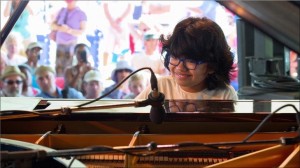 At first, I thought it was simply the degree of skill being demonstrated – like seeing the very best performances by really talented people. But then I realized it was more than that. I’ve been deeply touched whenever I’ve been present to some ineffable presence – not merely skillful behavior but skillful behavior that was divinely inspired. It was not only the highly-skilled performance that touched me but where that performance was coming from.

Whether or not the person was aware of it, there was an alliance present – an alliance between an unusually open (perhaps even gifted) mind which was housed in a human body and a source of power and inspiration that transcended normal human capacity. I began recognizing this when I saw the movie “August Rush” (see photo at right) several years ago. 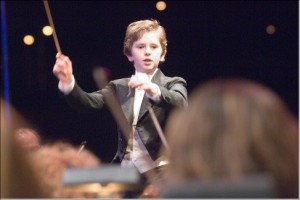 As I look back, however, I realize I felt a similar exhilaration when a master mason was installing tile in my bathroom, an experience I am reminded of every time I enter that room and admire his craftsmanship.  I can be observing a master doing anything – even something about which I have no knowledge or even interest, such as gymnastics, fishing, or extreme sports and I can have just as profound an experience – awed to my toes simply because I am seeing mastery in action.

When I look at what all these demonstrators of mastery have in common I do not see them as having model lives, or being masters in all areas of their lives. But in their performing whatever it is that awes me – be it tile laying, jazz piano, music composition, gymnastics or stirring oration – they seem to have found a connection to something beyond themselves, dare I say a power greater than themselves. It is almost as if they are channeling the Universe; this was certainly the case with August Rush and how music came to him. It is as if, in this one area of their lives, they have found a portal that gives them access to a sacred energy to which they align and surrender.

These people may not describe themselves this way. They may simply feel blessed with whatever skill they are manifesting. But I, as a witness, can hypothesize this otherworldliness ingredient.

I’d love to hear from others on this.